LIBERTY Dental Plan is required to ensure continuity of care during the transition period for Medicaid recipients enrolled in the SMMC program. The transition will occur by Region in 3 Phases, beginning with Regions 9 through 11 on December 1st:

COC requirements ensure that when enrollees transition from one health or dental plan to another, one service provider to another, or one service delivery system to another , their services continue seamlessly throughout their transition. The Agency has instituted the following COC provisions under its contract with LIBERTY:

More information about COC provisions can be referenced on the COC program highlight document, which is posted on the Agencys website at www.ahca.myflorida.com/smmc . Once on the page, click Program Changes, then the Outreach and Presentations link.

Effective immediately your office will only need to verify Eligibility prior to scheduling and treating our Medicaid enrollees. The enrollee does not need to appear on your roster in order to be seen. Additionally, based on claims received LIBERTY will transfer your patients to your office for you.

Members DO NOT need to call to transfer, if they require a transfer they can complete the transfer on our website.

Please refer to the provider alert Florida Medicaid Dental Home Assignment Relief sent on 1-23-2019 and posted on your secure provider portal for waiver period in your Region.

In Florida, most Medicaid recipients are enrolled in the Statewide Medicaid Managed Care program. The program has three parts: Managed Medical Assistance, Long-Term Care, and Dental. People on Medicaid will get services using one or more of these plan types:

Long-Term Care : Provides Medicaid LTC services like care in a nursing facility, assisted living, or at home. To get LTC you must be at least 18 years old and meet nursing home level of care .

Dental: Provides all Medicaid dental services for children and adults. All people on Medicaid must enroll in a dental plan. Florida relies on managed-care companies to provide Medicaid coverage to 3.7 million low-income and elderly residents, but a review of data assembled by regulators shows that the companies have been hit with dozens of complaints that have resulted in the state requesting millions of dollars in payments.

In the first three months of 2021, Florida Medicaid officials assessed more than $1 million in liquidated damages against managed-care plans, according to Agency for Health Care Administration data updated last week.

The state imposed the damages because of 91 alleged violations of Medicaid contracts. The damages were imposed against all 11 managed health-care plans that have contracts with the state, as well as three managed dental-care companies.

Sunshine Health Plan, which is owned by Centene, had the most complaints — 11 — from January to March, resulting in the state assessing $116,500 in damages. A review of the information shows that four of the allegations focused on the adequacy of the plans provider network.

Records kept by AHCA show that regulators assessed nearly $7 million in liquidated damages against Medicaid managed-care plans between July 1, 2020, and March 30 for 214 alleged contract violations in the first nine months of the 2020-21 fiscal year.

You May Like: Florida Department Of Children And Families Medicaid

The SMMC program requires at least one plan in a region be a Provider Service Network if any PSN submits a responsive bid. If AHCA determines that there was no PSN responsive bid, they are to reserve one less than the maximum number of eligible plans permitted in that region. Within 12 months after the initial ITN, the AHCA is required to attempt to procure a PSN.

What Are My Florida Medicaid Waiver Long

Waiting lists / waiting times for home and community based care are not expected to change. Priority is given to individuals based on their level of need for services.

LTC providers will provide personal care services for those who qualify, and if specified in the enrolleeâs plan of care , including: pest control, homemaker, companion, chore, enhanced chore, and home delivered meals. Through the Participant Direction Option the participant can sometimes choose who will provide their services . Rates for PDO services are set by the LTC plans.

TALLAHASSEE, Fla. Managed care plans were sanctioned 187 times and paid more than $2 million in damages during the 2019-2020 state fiscal year for breach of Medicaid contracts, according to information released by the state.

Staywell Health Plan, which has the largest market share in the states Medicaid managed-care system, had the most sanctions with 24 and the largest amount of liquidated damages with $668,150, according to the data, which was made publicly available Friday.

Eight of the sanctions against the company stemmed from provider services violations, which included issues related to network adequacy, payment, credentialing and contracting and untimely or inaccurate reporting.

For those eight violations, Staywell paid $261,750 in damages.

Overall, provider services accounted for nearly one-third of the total number of sanctions during the fiscal year, with the state assessing $673,250 in liquidated damages against plans for 61 violations.

In terms of dollars, though, state regulators assessed $732,050 in damages when managed care plans failed to follow contract requirements for covered services and authorizations.

What Is The Role Of Area Agencies On Aging

The local AAAs provide education about the long-term care programs , screen individuals for the HCBS waiting list and assist with the completion of medical and financial eligibility.

The 2011 Florida Legislature passed HB 7107 which directed the state to restructure its Medicaid program into an integrated managed care program requiring almost all Medicaid recipients to receive covered services through the Statewide Medicaid Managed Care program. In August 2011, in accordance with this legislation, the state submitted to CMS concurrent §1915 and §1915 waiver applications to implement the Florida Long Term Care Managed Care Program. §1915 waiver application 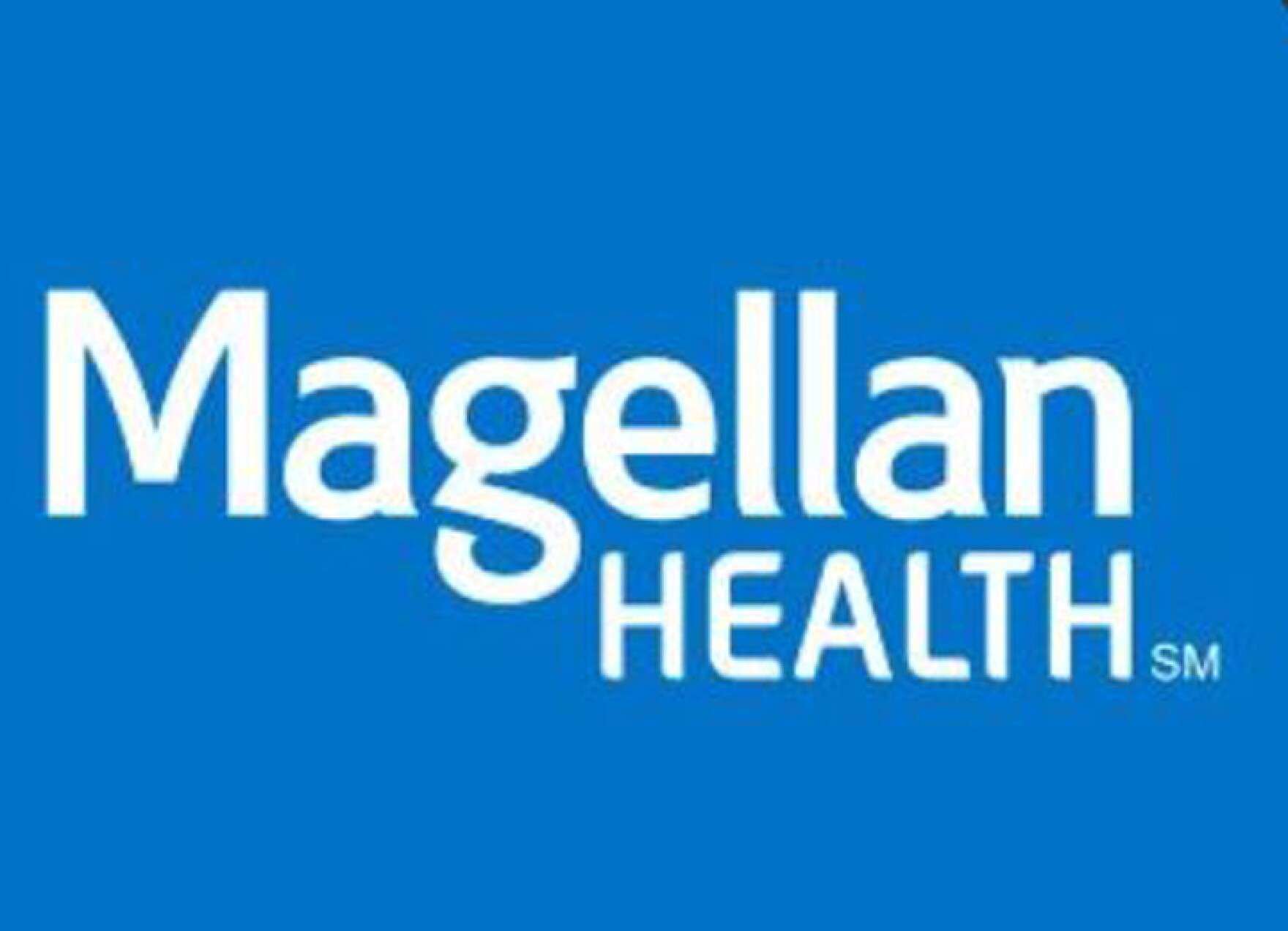 about this data collection

The data in the Medicaid Managed Care Tracker are current to the date or period specified in the sources for each table.

The information in this Tracker is public information and may be reproduced with appropriate citation.

Also Check: How To Find Your Medicaid Number

Obtaining Information From Ahca Regarding A Medicaid Fair Hearing Request:

What Is The Florida Statewide Medicaid Managed Care

Medicaid recipients who reside in a nursing facility or receiving home and community based services must participate in the Statewide Medicaid Managed Care – Long Term Care Program .

Anyone who meets the financial level of care as determined by DCF and medical level of care criteria as determined by the will be able to receive services in their nursing home of choice. So, if a long-term care plan enrollee is denied a service that is needed, the Medicaid recipient can appeal through the planâs grievance process or through the Fair Hearing Process.

There is no waiting list for nursing facility services under the Florida Statewide Medicaid Managed Care Long-Term Care Program . However, there is a waitlist for Home and Community Based Medicaid .

While there are no âco-pays,â those enrolled in a managed care program may have a âpatient responsibilityâ amount for nursing facility or home and community based services.

The SMMC-LTC plans are paid a rate depending on the region in Florida where the Medicaid-recipient is located:

Skilled Nursing Facilities must contract with all LTC programs in its region â and cannot discharge a patient because of their choice of plan and must work with the patientâs desired LTC plan to arrange for payment.

ALFs will only receive reimbursement for home and community-based services, not for room and board charges.

Managed Care Explained: Why A Medicaid Innovation Is Spreading

Congress allows increased fruit and vegetable benefits. At present, WIC provides $9 for children and $11 for women monthly for fruits and vegetables. The American Rescue Plan Act makes funding available for a four-month increase in the benefit of up to $35 monthly, if a state chooses to do so.

DOH attains waiver allowing remote issuance: Department of Health obtained a waiver of the requirement that participants pick up their EBT cards in person at recertification or during nutritional education appointments.

âUSDA waived physical presence requirements: Although the scope and logistics are unclear at this time, USDA has given DOH permission to waive the requirement that persons be physically present at each certification or recertification determination in order to determine eligibility under the program through May 31, 2020.

USDA extends certification periods through May 31, 2020, for some participants.

For a list of current WIC waivers for Florida from USDA, go here.

For a list of current child nutrition program waivers for Florida from USDA, go here.

Simply Healthcare was fined $422,250 in liquidated damages for the first quarter, more than any other health plan, and was responsible for about 44% of the overall amount of damages assessed in the three-month time frame. The damages were assessed in state-issued final orders settling four complaints.

While Simply Healthcare leads the Medicaid managed care plan pack in terms of the amount of liquidated damages assessed, Humana Medical Plan had seven final orders issued for the quarter, more than any other plan.

The state issued the orders between July 1 and Sept. 30 for Humana Medical Plan and levied $258,000 in liquidated damages against the health plan. Humana offers comprehensive health plans to Medicaid managed care enrollees throughout the state.

Staywell Health Plan had two final orders for the quarter and was levied $40,000 in liquidated damages. The managed care plan was acquired last year by Centene Corporation. Medicaid enrollment reports show that as of Aug. 31 Staywell had 23.5% of the Medicaid managed medical assistance market share.

How To Apply For State Medicaid